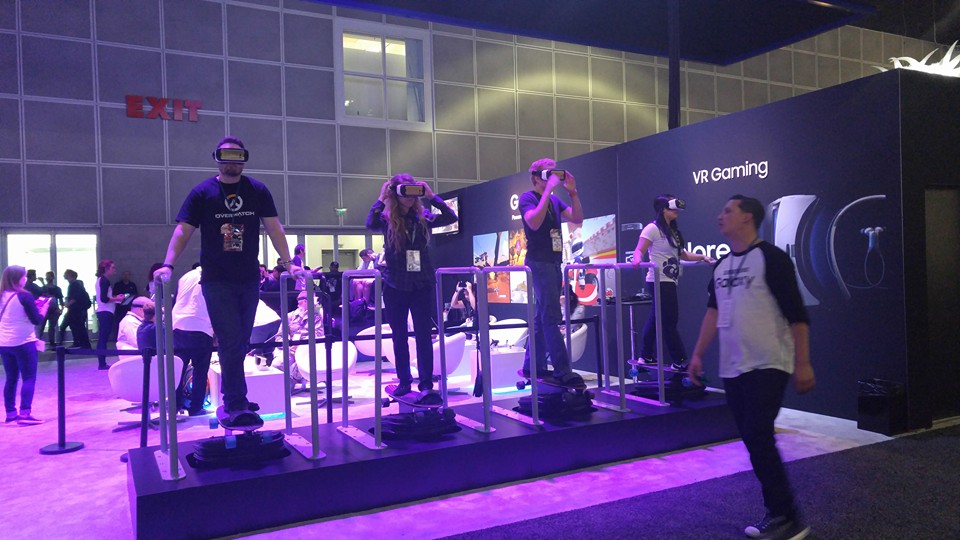 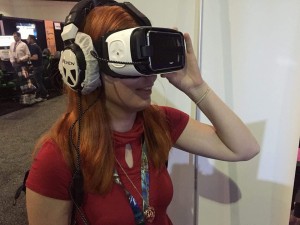 Michelle had been really fortunate lately to have acquired tickets to E3! She had gotten them through a friend in the gaming industry, as a guest, and was extremely lucky to be able to attend. Attending E3 has been a long-standing dream for the team.

Of course, Michelle took the opportunity to do some research for Streamfall Interactive while there.

With VR on the rise, and devices becoming more consumer-friendly (price-point wise), there was a lot of content to be seen from all manner of developers. Unfortunately, no Hololens(AR) to be seen and no Nintendo NX, but Oculus and Samsung had a strong showing. All these new technologies are looking nice to get into, but we do wonder – which set will win out in the long term?

Samsung put together a great booth unusual VR demos. Michelle tried VR long-boarding a couple of times, in particular. With a 360 degree video coupled with a moving-in-place long-board to stand on, it was a unique VR / 4D experience that felt close to the real thing. A few qualms : since you couldn’t see your arms or hands, it was hard to balance, even if you had really experienced long boarding irl. Fortunately, handle-bars were provided to grasp on, but this did ultimately detract from the experience. 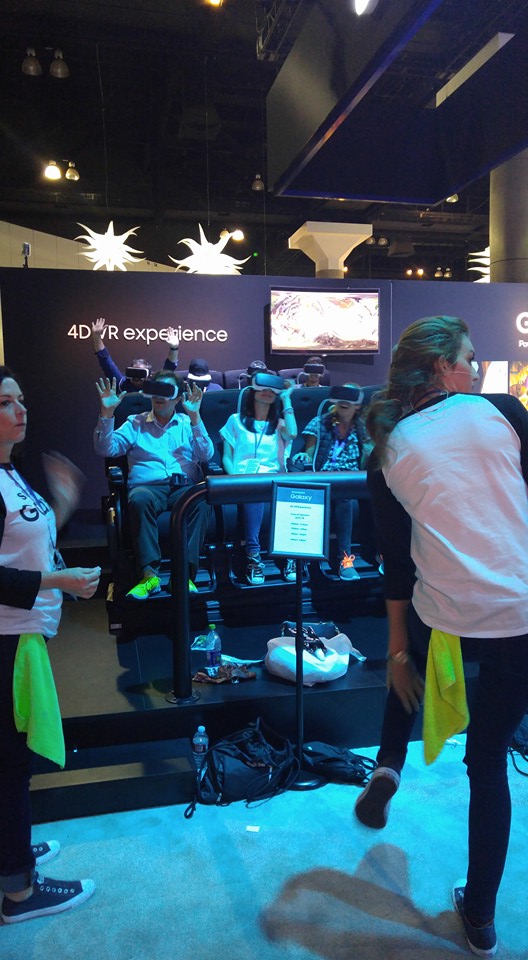 Samsung had other 4D VR experiences to try, including a rollercoaster VR simulation. As Michelle had never been on a rollercoaster before in her life, the experience definitely was amazing and terrifying at the same time. It was incredible how much of a reaction such a simulation could elicit, even if you logically knew that it was merely a simulation. Needless to say, the crowd around the booth was amused, seeing her react as she did.

There were no shortage of VR games at E3, with some officially released by organizations like Oculus–Michelle had played a Zombie shooter type game that actually proved more difficult than anticipated. There were plenty of Indie devs there as well.  Michelle particularly liked “Sisters” from Otherworld Interactive. They had a horror game demo that looked to be promising, definitely a jump-scary experience!

Overall, the experience at E3 was unlike anything that Streamfall had experienced at other gaming-specific shows. With so much information on the new and emerging technologies, and up close looks at unreleased games, it was a truly packed week full of great opportunity, fun, and inspiration for future projects.